– Dive into an underworld of immersive atmospheres, pulsating bass textures, and evocative keys 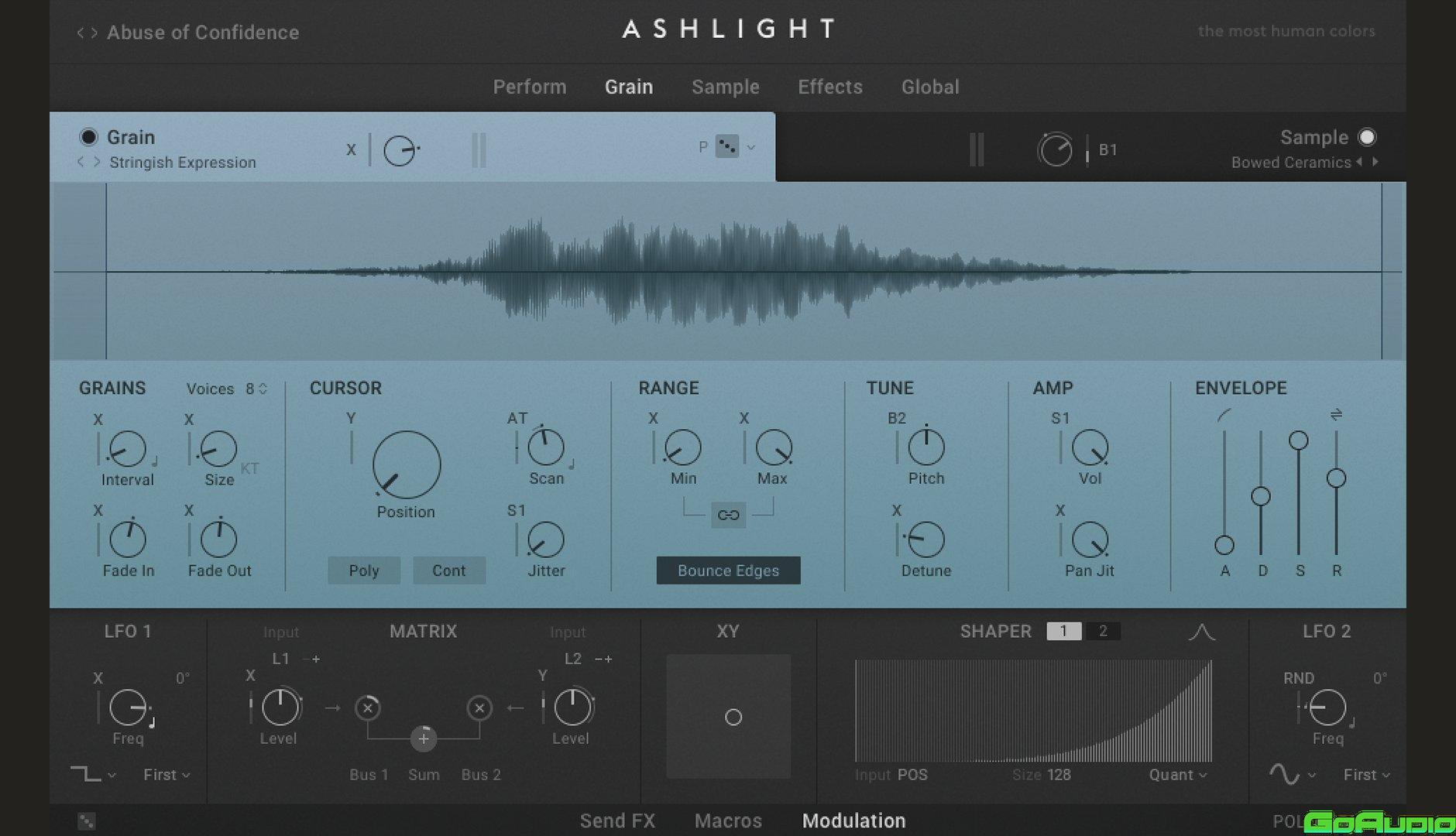 THE DARKER SIDE OF GRANULAR :

ASHLIGHT concludes the granular trilogy with monochrome soundscapes, pulsing textures, intricate leads, and cold atmospheres. It combines a specially-recorded sample library with grain and sample playback modules in a powerful engine with intuitive modulation controls for scoring shifting intensities, from edge-of-your-seat sweeps, to introspective keys, and world-shaking walls of sound.

Bowed and rubbed metals, carbon, ceramics, glass, and more – ASHLIGHT is the product of obsessive research into unconventional sound sources that can be explored, transformed, and exploded to epic proportions by the engine. Layered grain sources including waterphones, cymbals, feedback cycles, and synths count among over 360 sample sets in ASHLIGHT’s library. An extensive sound design process went into exploring the idiosyncrasies of each sound source to create 300 presets. 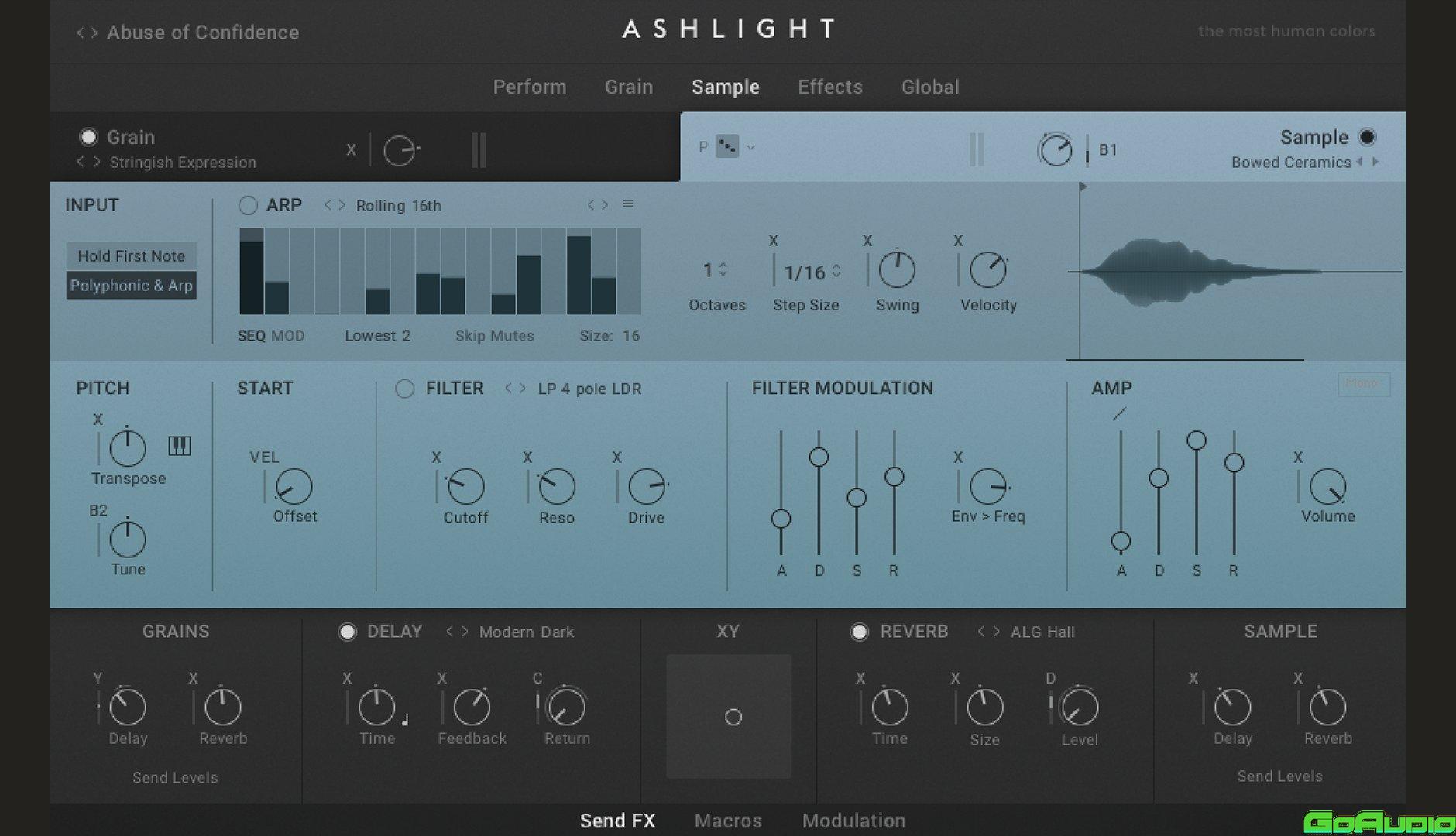 ASHLIGHT IN ACTION :
Explore ASHLIGHT’s granular architecture, its broad palette of tones and textures, and hear it in action. 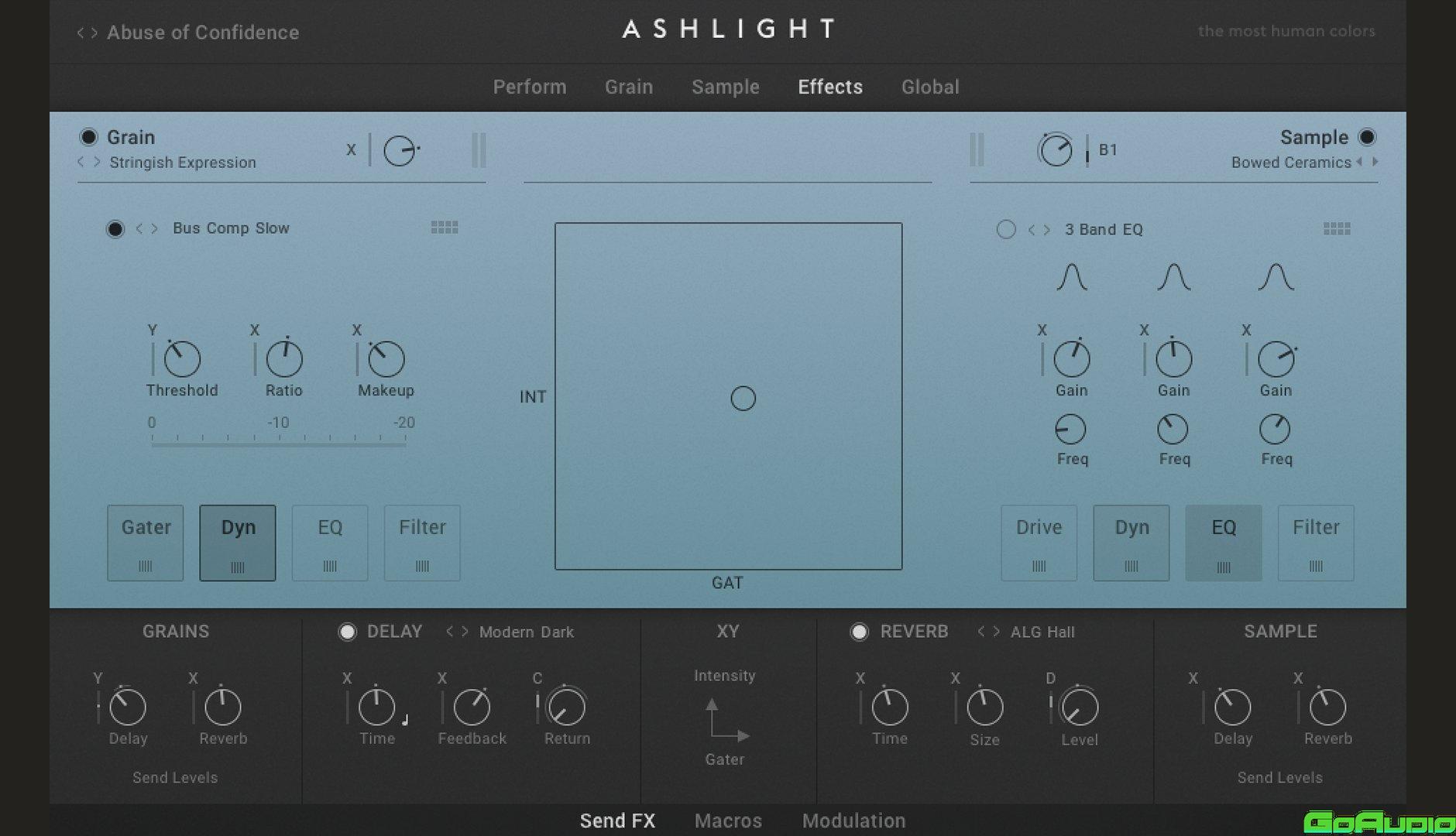