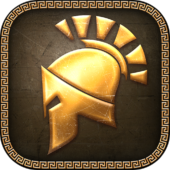 An epic Titan battle, as complete as never before.

Titan Quest: Legendary Edition – epic fantasy action game ported version of the legendary game with all available add-ons. The player will become a participant in the battle of the Gods and the Titans. Last made a treacherous attack on the world, and even the deity alone is not able to cope with them. To help to win in the confrontation can only brave character, and which will be managed by the user. During the passage, he will visit the many locations where the allies would give the fight to the Titans and their monstrous minions.

– Added UI scaling and transparency options
– Added an optional skill button + assigning skills to the two potion slots
– You can now set thresholds for both potions
– Added stacked potions for faster buying
– Added FPS setting to the options to be able to limit your maximum frames
– Added alternative control scheme for game pads
– Added option to decide over attack or movement priority
– Over 100 tweaks and fixes for controls, quests or general problems

4) Upon completion of installation, you will receive a notification